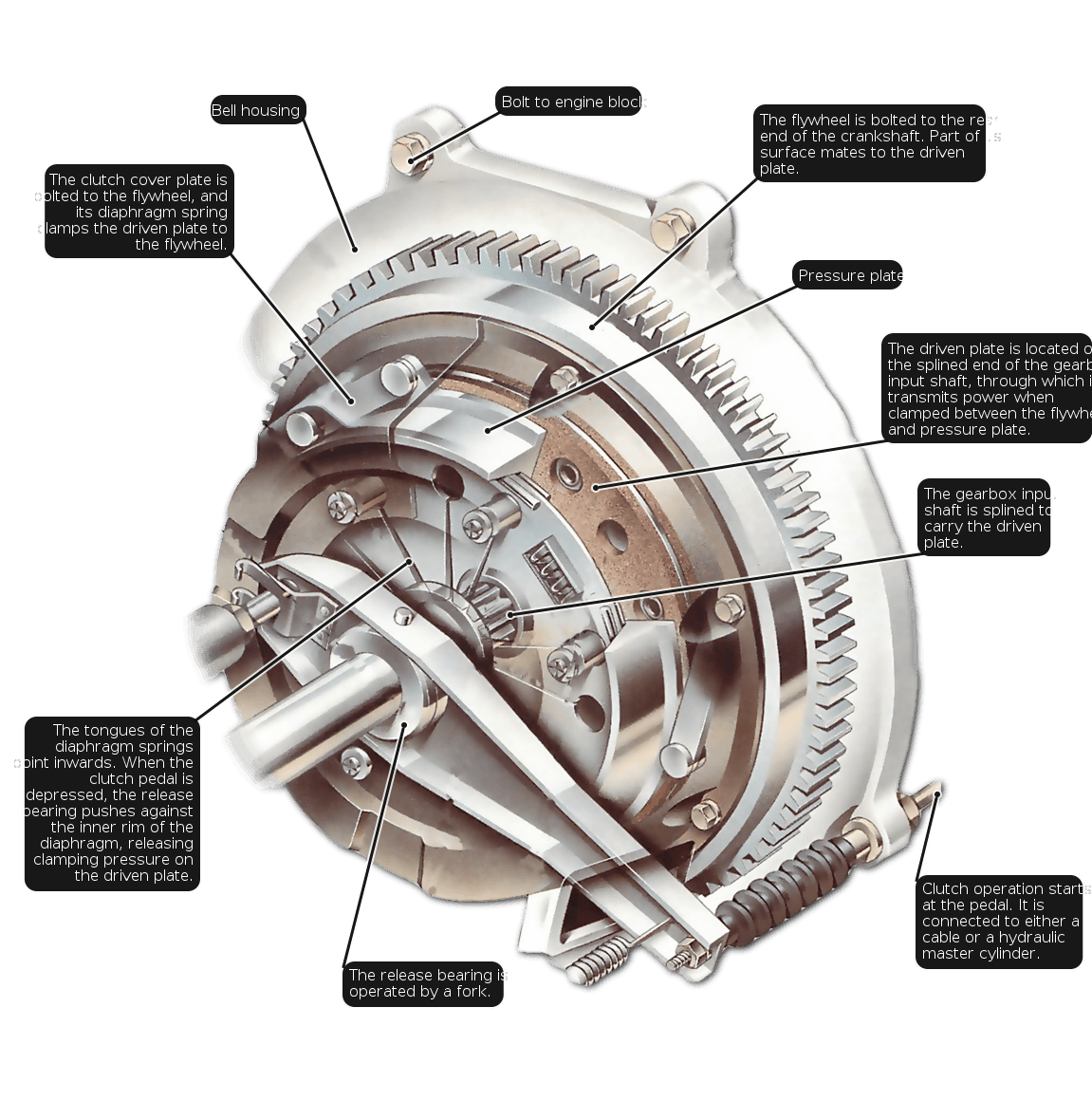 The clutch is one of the most vital parts of your car. When it finally stops working properly, though, it makes the car difficult or impossible to drive! If you want to know how the clutch works, what makes it so important and how you can adjust it yourself, simply read on. We will also cover the average clutch replacement cost in detail which can run from $200 if you do it yourself all the way to over $1,000 if a mechanics help is required.

Why The Clutch Is There

The clutch’s job is linking your car’s engine to its transmission. Since your engine is always running, even when your wheels aren’t turning, your clutch has to be able to both link and separate. While automatic transmissions have much more clutches, they still have the same basic parts doing the same basic job.

What A Clutch Is

Like most parts of your car, the clutch is designed for maximum durability. The friction between the clutch plate and the flywheel will wear the plate down over time, though. If the power train is subjected to heavy strains on a regular basis, (e.g. in a truck that hauls heavy loads) the clutch may wear out in as little as 35,000 miles. Virtually all clutches should be good for at least 50,000 miles in normal operation. Newer cars perform even better, and clutches that are good for 80,000 or even 100,000 miles are relatively common today. Consult your owner’s manual to find your manufacturer’s recommendations on clutch lifespan.

While a clutch replacement is within the scope of a home repair for a knowledgeable car owner, it is one of the most complex auto repair jobs that can be done at home. If you intend to replace your own clutch, you’ll need to remove the drive shaft and disassemble the transmission to get to it. On many models of car, supporting the engine with a hoist may be required. If this work sounds like it falls outside your comfort zone, you should definitely let a professional handle your clutch replacement.

If your car has a manual transmission, you need a clutch to smoothly engage a revving engine to a non-spinning transmission by controlling the slippage between them. A clutch works because of friction between a clutch plate and a flywheel and the clutch consists of several components that are all reliant on each other for smooth operation.

Clutch replacement generally includes replacing the clutch plate, the clutch cover or pressure plate and the release bearing which usually come together as a clutch kit. Replacing the entire clutch kit and machining the flywheel surface at the same time is recommended because replacing one component without the others may lead to premature clutch failure and another expensive clutch repair.

Clutches also require an operating mechanism between the clutch pedal and the clutch fork which the release bearing is mounted to. This can either be done hydraulically or via a cable. Clutch hydraulic systems consist of a clutch master cylinder and a clutch slave cylinder and lines that carry fluid between them.