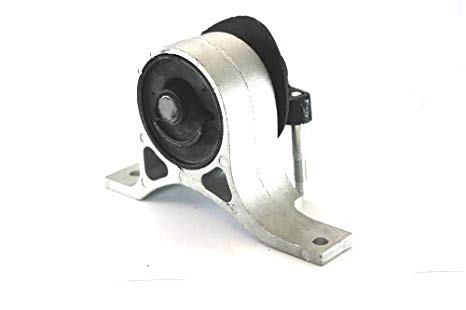 Whether you are cruising along a beautiful beach or driving down the highway, your car depends on the engine mount. Typically made of steel or rubber, the engine mount has two important purposes – primarily to secure the engine and transmission to the car’s frame; and secondarily to absorb the engine vibrations and road shocks. It ensures that the driver and the passengers in the car don’t feel the strong engine movements. Unfortunately, engine and transmission mounts are the overlooked causes of the noise and vibrations from the car engines. A loose or broken motor mount allows excessive engine movement, which can cause the belt-driven fan to hit the fan shroud or the radiator hoses.

The damaged motor mount increases the risk of cooling system failure. Replacing your old mount with an efficiently functioning one from our store i.e. Universal Motors, not only restores the support to the engine, but immensely decreases the vibrations and noises being transmitted to the entire car, truck or SUV. Universal Motors is the most reliable engine mount replacement specialist in Thomastown.

An engine mount doesn’t need maintenance or regular servicing, but needs to be replaced when it fails or wears out. It is advisable to get the car inspected as soon as the car owners notice the engine vibrating, being noisy and feeling clunky. The certified mechanics at Universal Motors provide reliable and fast engine mount replacement services in Thomastown.